The concept of influencers is relatively new in Bangladesh. Even though we are just exploring the idea, it’s safe to say, the bunch of young influencers of our country are quickly speeding up the pace and reaching the heights.

Influencer culture, as we know it today, is inextricably tied to the rise of technology. The term is shorthand for someone with the power to affect the buying habits or quantifiable actions of others by uploading some form of original, often sponsored content to social media platforms like Instagram, YouTube, Snapchat, or, sometimes even TikTok. Be it aesthetic photos, cheeky video reviews, meandering blogs, or blurry soon-to-disappear Stories, the value of the content is derived from the perceived authority and, most importantly, the authenticity of its creator.

A fashion blogger tagging her “favourite” everyday wear and name the brand on Instagram or a popular gamer mentioning his “go-to” headset model mid-stream doesn’t carry the same heavy-handed transactional connotation as the traditional advertising anymore. Dedicated influence room presupposes a particular type of relationship between content creator and viewer, at scale, one that hinges on the willingness of the viewer to be influenced. Users consider influencers more like a close friend than an advertiser or paid endorser, as the stream of content they produce and the more casual way in which it is shared with the public imbues influencers.

The world has been witnessing the rise of influencers for years now. Some can be traced back to as early as 2012 too. Shocked? Don’t be! Remember when Kylie Jenner couldn’t stop gushing about how fantastic fit tea is and how you can use her code to get a 20% discount? Yes, that’s what it’s all about!

To appreciate how social media gives influencers their authority, you have to think of its growth.

We’ve had it for a while now, but it didn’t gain traction until 2010. Since then, global social media users have just about tripled, from 970 million then to almost 2.7 billion today.
With this social shift, the unexpected happened. While some people stayed with a couple hundred friends or followers, others gained them by the thousands and even millions. These people became influencers. Whenever they posted something, the masses liked, shared and commented. This influences people’s fashion preferences, as well.
And then fashion brands and many luxury branding agencies came into the pictures and turned social media into the business of fashion influencers.

Seeing that traditional advertising wasn’t delivering what they wanted, they turned to these influencers, who somehow managed to bypass barriers usually erected when even the hint of an ad came into the picture and exchanged ad spend for influencer marketing spend.

With an influencer by their side, promoting and endorsing their products, they had a way in, a metaphorical foot in the door. Whereas fashion used to be the epitome of exclusivity, determined by top brands, now the responsibilities are being handed to influencers who represent the brands.

With platforms and channels like Facebook and Instagram, we, the people, nearly became the decision-makers. If we liked something, we selected and shared it. If we didn’t, we commented and made our feelings known.

In this way, fashion became more fluid; more back and forth. Brands couldn’t only introduce new styles and expect, much less assume their audience would like them. Instead, they had to rely on what their influencers and, to a more considerable extent, their followers wanted.

Influencers play a crucial role when it comes to shopping decisions as their reach continues to grow. In addition, social media platforms are making further enhancements and brands and retailers are adapting to them. By acknowledging the power of influencers, brands are trying to remain relevant in the future and are exploring to create a space that connects both the digital and the physical world.

The aspects of an influencer now can be fascinating as there are many opportunities for them to keep exploring and see where they stand. As we are as a nation just started to welcome the concept, the influencers who dared to create a few years back are now ruling the sector and paving the way for newcomers.

The journey of an influencer is quite different from a traditional celebrity. Traditional celebrity’s fame originates from their participation in an established industry like film, television, or radio. In contrast, the prototypical influencer’s path to stardom is a more gradual, grassroots affair. They amass a following by creating and posting some form of unpaid at least during the initial days, original content that not only attracts the attention of other users but also earns their trust or respect in some sense. This does indeed take time, effort and a lot of dedication.

The interesting fact is that the Bangladeshi influencer culture is quite versatile. From fashion bloggers, food vloggers to comedians, there is an audience for everyone so everyone can co-exist in peace and keep creating content for their audience.

If we are talking about the OG influencer who set the stage for everyone, then that has to be Salman Muqtadir. Some hate him, some love him, but he sure did make a name for himself. His early followers know him as the guy from YouTube who made funny videos with his friends. But now he is a brand and is considered one of the most followed influencers of recent times. His thoughts about how influencers are changing the fashion world are quite refreshing. Sharing his thoughts on this topic, he says, “The fashion industry is developing, but our minds are not. Suppose I design ripped jeans that feel soft and comfortable and require multiple washes to get the perfect colour tone. The fashion influencers will understand its value. but the mass market will still be stuck in the late 90’s thinking, calling it a ‘CHERA PANT’ is very funny and humorous.”

And if we take a look at the food vloggers, the name Rafsan The Chotobhai has to top the list. His exciting and energetic way of ‘bringing justice’ to his audience has caught many people’s eyes. In an attempt to bring the most brutally honest reviews to his followers, he had to face many issues but guess what, he wants to ‘influence’ you the right way, so some hurdles are bound to come on the way. In the last year, his followers have increased immensely, and now he has one of the top food review YouTube channels in the country. When asked about what is influencer marketing, Rafsan says, “Influencer marketing is when you pay an individual with a certain amount of fan-following to endorse a product, you’re paying to buy his audience! HAHAHA Welcome to Rafsan’s MKT404 Class!”
One of the rising names of influencers who are acing the fashion game has to be Minimal Mudassir. His followers know him as someone who creates trends and has fun with his content. Fashion documentation to food and lifestyle, Mudassir has everything covered. Sharing his thoughts on the rinse and repeat form of content he said, “I would say they should experiment and give their customer a new experience rather than repeating the same form of content. Change is something which is very much needed in everything so sticking with safe and repeated content might be stable but bringing out a new level might elevate the brand awareness more.”

Raba Khan, another influencer who made the world of influencers an interesting one, doesn’t think big brands understand the power of influencers. “Big brands are very confused. They don’t understand the social media world. They prefer to stick to their old ways of marketing which in this day and age will not work out well. Whereas, small brands want to keep the relativity factor and reach out to influencers for an all-rounded marketing approach.” shares Raba.

Now let’s talk about fashion. The fashion industry in Bangladesh has grown immensely in the last decade. And the effects of that would fall on the influencer industry too. One of the fashion vloggers that caught everyone’s attention pretty early on her career would have to be Sunehra Tasnim aka t.sunehra. Her incredible fashion sense and a keen eye for details evoked the interest of many fashion enthusiasts. If you scroll past your Instagram feed, you will surely come across one of her many exceptional ensembles. Even though the majority of her followers are girls, she makes sure whatever she promotes suits the aesthetic that she has created for herself.

“Social media and influencers act as the medium that connect clothes and consumers. People can view clothes and latest fashion through social media and influencers. They can also get genuine reviews about products from influencers. This is very common in the fashion, tech, and food industry where reviews given by influencers are very helpful. You can simply sit on your couch and get adequate information about a product you’re interested in without having to visit a store. I would say the gap is already being filled. One good indication we see is that bad quality products are being exposed in social media. This helps many customers to differentiate good and bad products,” she states.
Now many may question, how sustainable is this culture? Or what does the future hold for these influencers? Well, over the last five years, influencer marketing has grown into a significantly profitable industry, with brands large and small coming to view the practice as a less ham-fisted way to hawk their products. In the early days, brands that sent influencer free products or offered to pay them a small commission in exchange for their consideration would often receive a shoutout or casual promotion. But as more and more companies came to see the practice as an invaluable marketing tool, the power balance flipped, and influencers began to command significantly higher fees for each post, mention, or product placement.

In the future, it can be predicted that the influencer culture will completely take over the conventional way of marketing a brand. The recent pandemic was another wake-up call for brands to realize that they can’t always rely on traditional marketing strategies as they need many external factors to function. So what’s the answer in that case? Promoting the influencer culture! 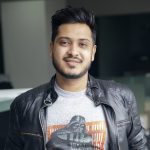 K Tanzeel Zaman, Subeditor of ICE Today Magazine. He is an avid traveler, aiming to fill up his passport and express his perspective of the world through his write-ups.