Racing is a sport of fine margins, often coming down to matters of split seconds, even less. One error, one bad judgement call and just like that, your lead is gone. And it’s precisely this aspect of the game that helped the meticulous Avik Anwar bag his first international race win. Avik, who spent the first two laps trailing, noticed how his opponent would always brake late at a specific corner and completely miss it. That’s the error he decided to capitalise on during the third lap, and after that, he was just too fast to catch. All of Avik’s hard work culminated into a single moment of sheer genius which led him to win the 2019 VW Ameo Cup, making him the first-ever international race winner from Bangladesh. However, this is only the start of aspirations and ICE Today caught up with the man who is usually rather difficult to catch to get to know more about his roots, how he put Bangladesh on the map in the racing world and his next goals. 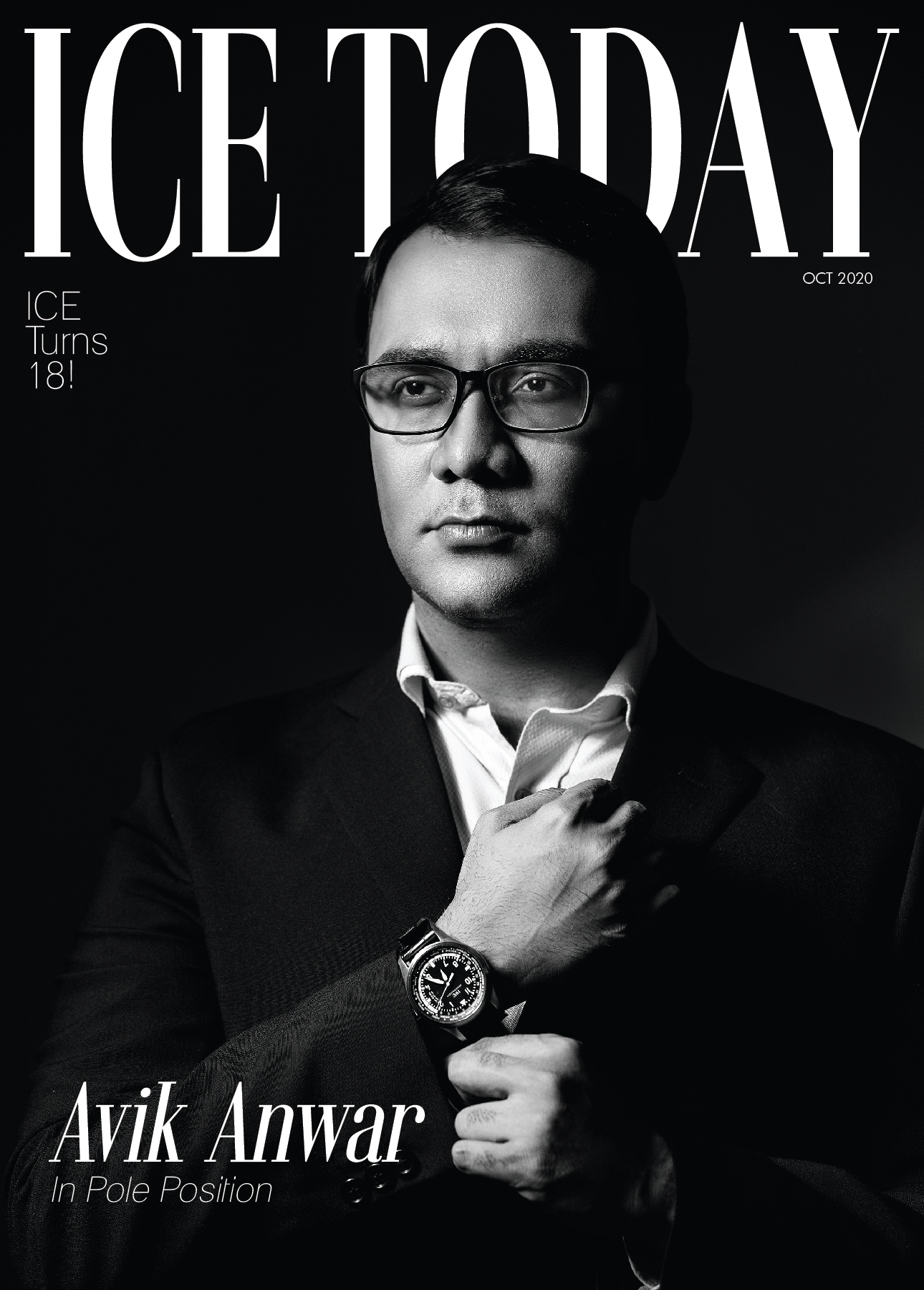 How it all began
Avik’s passion for Racing dates back to the late ’90s when he developed a fascination towards F1 Racing. Speaking fondly of his earliest memories, he recalled. “I remember that we got a cable dish so that I can watch formula one. The year was 1997, so F1 wasn’t really broadcasted in any local channels, so that was the only way. Every time I watched it on television, I just knew that this is what I wanted to do when I grew up”. Avik’s father though didn’t share this view, according to him, this career option was not a suitable one for his son as due to its low popularity in Bangladesh. So, despite having all the passion in the world, he had to settle for a different career path and pursued economics, a field in which he excelled as well. But Avik wasn’t going to let go of his dreams of Racing so quickly, and while pursuing a masters degree in, he also attended racing school on the side. “I did two side jobs just to be able to pay for racing school”, he recalled.

Initial hurdles and shifting the gears
It wasn’t all smooth sailing for Avik. Sure, he knew the basics of Racing since he was a child and was naturally gifted, but there were still a lot of obstacles. Apart from the mental and physical challenges, he had to face a lot of financial challenges. “It’s a pretty expensive sport so you need sponsors which can be hard to come by since this is not cricket or even football,” he added. He has even participated in races without any sponsors.

On top of that, there was always some sort of societal pressure. “Tamim Iqbal didn’t become Tamim Iqbal in one day. Even for him, it took some time to gain his flow, and the same applied to me. I didn’t start winning instantly and would place 4th or 5th most of the time when I first began. People didn’t understand why I still kept going. Little did they know that their scepticism only motivated me to shut the haters up”, he elaborated.
His first win came in 2014 in a racing event where he was an underdog with no sponsors. “There were three runs, and after a shaky start, I came second on the second run and won the third run. That was my first taste in victory”, recalled Avik. This was only the beginning as he won his next race, that too with a fractured foot. “The night before the race, my mother asked the doctor to fix me up so that I can participate. I had so many pain killers; I could barely feel my hands when people congratulated me afterwards. It was a tough experience, but I was overwhelmed by my mother’s support”, he added. Victories started pouring in left and right, and pretty soon Avik realised that there were no more competitions in Bangladesh to conquer, so it was time to take his game global. First, it was India, then came to Malaysia. Obviously, it took some time for him to adapt because Racing against people with more experience is no walk in the park. Still, he has the “pace in him” to overcome all obstacles, and after placing the first few races modestly, he was back in his winning ways. 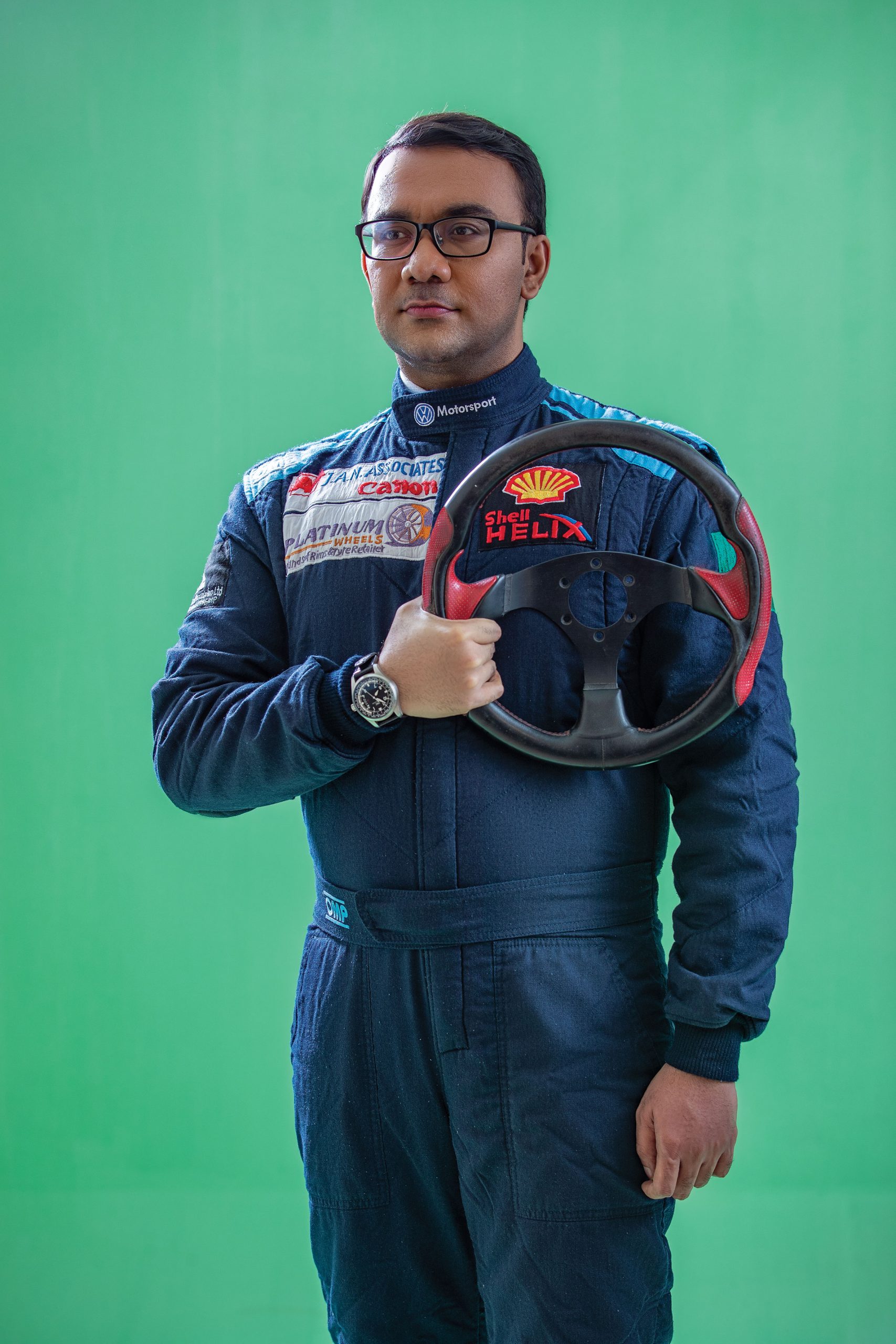 The intricacies of the game
Avik’s biggest inspirations are Niki Lauda and Fernando Alonso. He admires the perseverance and meticulous approach of the former and is a massive fan of how the latter can perform in sub-par machinery, something in which Avik himself excels in. On a surface level, Racing only seems like a one-man show, but there’s more to it than meets the eyes. “Racing is a team effort, even if the driver is good on his own; he needs to be in sync with his team to find success. When I race in Malaysia, we have our own team, they take data from the car and tell me in which corners I’m slow and where I’m doing good. So they’d tell me to focus on the weakest part of the track. We also compare my data to that of other drivers to point out the areas I need to work on”, he explained. Racing is not just about how fast you can go; it is about how well you can pay attention to fine details, how well you can brake and how well you can turn. It’s a sport of great finesse.

Sky’s the limit
Avik’s dream is to someday participate in Le Mans, and he is slowly building towards achieving that. Now obviously a 24-hour race is no joke and will require any individual to be in peak physical and mental conditions and Avik is consistently working to take his game to the next level. “I have been doing a lot of endurance racing. For instance, last year, I did Sepang 1000km in Malaysia, which is a 9-hour race. I did it with one of my teammates from India, and I drove for 5 hours, and he covered for the rest. We beat a lot of top guys from around the world”, he explained. One of the keys to winning an endurance race is having a lot of patience. Another crucial factor is that all the drivers involved in a team must match each other’s pace and be at the same level. Avik and his teammate were up against decorated drivers who have won the likes of the Taikyu GT Cup in Japan but were able to outlast them because they didn’t push their vehicle too far and were in perfect harmony with each other throughout the race. “This was a 9-hour race, next we want to do a 24 hour one. Before the whole Covid-19 situation, I was supposed to participate in one in Thailand, but sadly that fell through. But I intend to participate in as many endurance racing as possible so that I can eventually take part in Le Mans”, he stated.

Avik is also working to popularise Racing in Bangladesh and is planning to build a race track in Gazipur industrial area. The project had just kicked off, and talks were ongoing with a few companies to finance it, but things are currently at a standstill due to the pandemic, but it’s safe to say that once this blows out, Avik has big things planned out for the sport of Racing and its prevalence in Bangladesh. In his closing remarks, he asked aspiring racers not to be disheartened by how expensive the sport is. “I know it can get quite expensive, but you get simulators these days which makes the process much easier. There are also racing schools in India and Coimbatore that you can look into. My only advice for anyone who wants to follow my footsteps will be to start young,” he concluded.